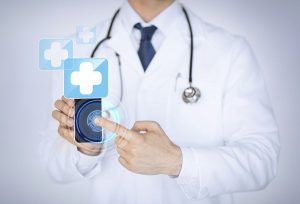 When I was a young undergraduate at the University of Michigan, Professor John Kingdon attempted to help his students understand why policymakers take up particular topics at particular times. The most obvious reasons are disasters or other high-profile focusing events that demand action. But most of the time, policy ideas “hit” when there is no one singular focusing event but a culmination of work by advocates to connect policy solutions to problems that the political realm is looking to address. Kingdon asserted that there are policy ideas that float around in the “policy primeval soup.” They bubble up and take time to develop. Meanwhile, political “streams” change according to national mood, elections, interest group campaigns, nominations, etc. When the policy soup and political streams converge, advocates are able to open a “policy window.”

The telemedicine window has opened, and 2015 will be the year that we go through it. The idea of telemedicine has floated around in the “soup” primarily in relation to ensuring care in rural areas. We’ve seen localized examples of success using virtual care, as well as increasing broadband deployment and plenty of champions of telemedicine policy among rural lawmakers. However, until now, there hasn’t been momentum to truly integrate the use of telemedicine into the spectrum of health care services for all Americans. Four factors have created the political momentum and policy environment for changes in the regulatory and legal structures around telemedicine, making this a critical time to effect change and finally make telemedicine mainstream:

The Alliance for Connected Care will be working over the next year to capture this opportunity and ensure that more Americans have access to telemedicine services. The window is open; it would be a shame if we didn’t go through it.